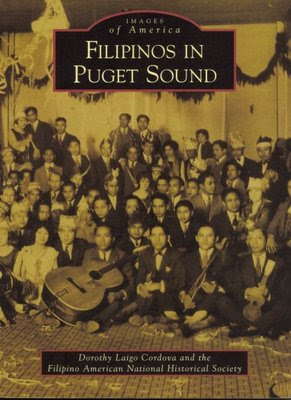 Brief excerpts from the "Blogoong" by Dr. Fred Cordova:
Seattle, April 24, 2009 – ( NPA cyberspace) – Another historical day for FANHS has come on April 22 when Arcadia Publishing via FedEx sent to the National Office preliminary copies of Filipinos in Puget Sound under authorship of Dr. Dorothy Laigo Cordova and the Filipino American National Historical Society. … Now on Friday, May 15, will be its book launching and signing by D.L.C. in the parish hall of the Church of the Immaculate Conception @18th Ave & East Marion Street in Seattle, from 6 to 8 pm...

Congratulations go to Fernando Sacdalan, trustee emeritus and FANHS/Oregon founding past president, for being named the “Community‘s Most Honored Elder” from the Asian Reporter Foundation in Portland.

*** It’s not quite one year away but creeping up is the FANHS 13th National Conference July 7-9, 2010, at Seattle University in Seattle.

JOIN FANHS in Seattle this week!
*** In the meantime, FANHS/National is spearheading on June 5-6-7, 2009 Pagdiriwang, a civic festival at the Seattle Center sponsored by the Filipino Cultural Heritage Society of Washington with collaboration by BIBAK (Benguet-Ifugao-Bontoc-Apayao-Kalinga) of the Pacific Northwest, assisted by other Igorot members of BIBAK from throughout the U.S. and Canada to showcase the Igorotte Village to commemorate the centennial of the Bontoc at the 1909 Alaska-Yukon-Pacific Exposition.. …Also in the spotlight is the centennial of the arrival of the Jenkins Family to become the First Filipino American Family in Seattle; and the 50th anniversary of the founding of the renowned Filipino Youth Activities Drill Team.
at April 30, 2009 No comments: 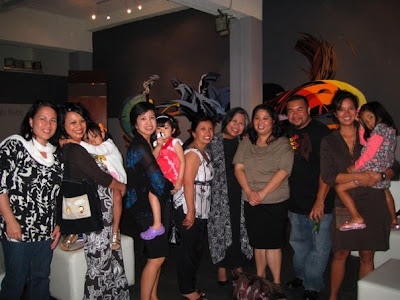 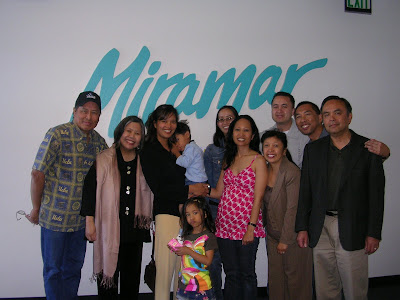 Guest speakers with members of Filameda at Miramar College in San Diego. Many thanks to Dr. Judy Patacsil, FANHS Trustee, who organized the event.

Patricia then introduced the audience to the http://www.ijeepney.com/ Smithsonian on-line curriculum developed by a team she directed. To close the event, Joanie presented a short version of the hour-long interactive presentation, "Filipinos in the Fields: Conflicts, Coalitions, and Connections," she developed for an April 13th event at UC San Diego's Cross Cultural Center. http://ucsdnews.ucsd.edu/newsrel/events/04-09ChavezPresentation.asp While reviewing examples of Filipino organizing (Hawai'i, Yakima Valley (WA), Stockton, and Delano), Joanie also noted that we now celebrate the 60th anniversary of the successful Filipino Agricultural Laborers Association's (FALA) asparagus strike of 1939. Besides citing both scholarly research as well as primary sources from the FANHS national archives and Filipino Oral History Project, Inc, Joanie also thanked Dr. Dawn Mabalon for sharing groundbreaking research from her forthcoming book, and Debra P. Louie and Dillon Delvo who sent audio files of Larry Itliong's lecture to the Filipino American Experiences class taught by Debra Panganiban and Evelyn Casuga in 1976.

Many thanks, too, to FANHS National Secretary Ron Buenaventura for his hospitality in San Diego, even if he missed this event because of family commitments.
at April 20, 2009 No comments:

Seattle, April 2, 2009 - (FANHSNATIONAL) – It is with sad news to inform the Family and friends of the Filipino American National Historical Society of the sudden death today of Teresa Romero Jamero at the age of 74.

Terri died this morning after a second complicated operation in Doctors’ Hospital in Modesto near her home at Atwater, Calif.

The “conscience of FANHS,” Terri served for two terms as National President from 1990 to 1994. Among her presidential highlights was directing the Fifth National Conference in San Francisco in 1994.

She remains a national president emerita and among trustee emeriti.

Prayers and condolences to Pete and their family.

Terri, who with her family, had lived in Seattle for some 17 years, was a long-time moderator of the Filipino Youth Activities and served as 1984-85 president of the FYA Board of Directors.

Before and after her Seattle years, Terri was very active nationally and locally in Filipino American and Asian/Pacific American affairs.

HUSBAND, SOCIAL service executive, author and a personality in his own right, Peter, was a FANHS founding national vice president.

Six grown children and 15 grandchildren are the other immediate survivors, plus a host of Romero and Jamero relatives.

After serving our communities for more than 25 years FANHS has only recently begun its very first fundraising campaign. Please download and print the letter below so that the valuable work of FANHS might continue for "next generations."

Please click on the small box in the right corner of the image to view the letter in "full screen." You may also click on the link. Please email me if you have additional questions. forourcommunities@gmail.com 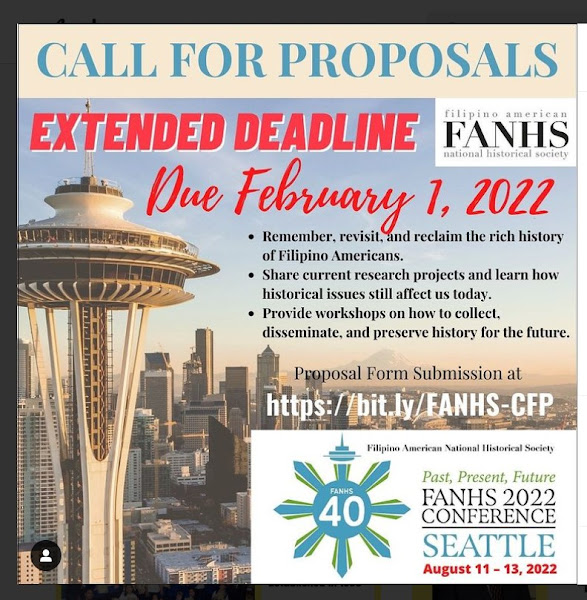