CALL TO ACTION: The Senate has done its work! Let the House know we need to celebrate Filipino American History Month!

Tips for Writing Your Members of Congress: ·
Identify Yourself: State your name and address in your correspondence. If you are a registered voter, say so upfront. If you represent an organization, figures on how many members are registered voters in the member’s district are helpful. · Do NOT send Postal Mail to Washington, DC: Faxed letters, e-mails and phone calls to Congressmembers’ personal offices in Washington, DC are more likely to be received in a timely manner. Mailed letters continue to encounter higher security measures. In general, the more time it takes to send correspondence, the more weight it is given (calls are worth more than e-mails, faxes are worth more than calls). · Clearly Identify the Bill Number: When writing to your Representatives, be sure to refer to H.Res. 780, Filipino American History Month Resolution. ·

In your letter, ask your members of Congress to co-sponsor H.Res. 780, and explain why it is important to you. · Personal Touch: Congressional offices tend to notice or pay more attention to a letter that is handwritten and or personalized in some way. Thus, to be most effective, try to personalize your letter when possible. -MORE- 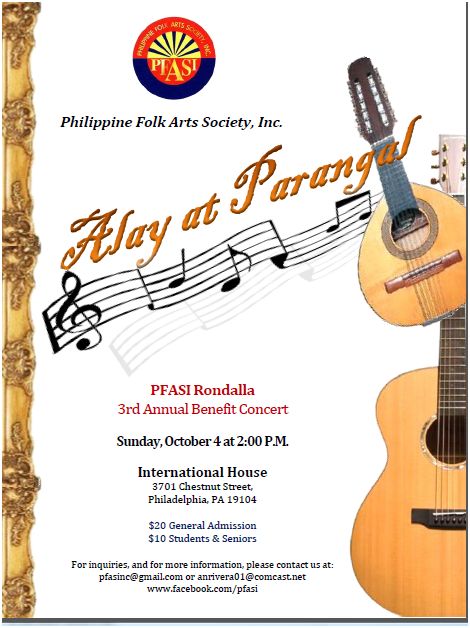 ...in Delano, CA
September 4-5, 2015
Learn more about #BoldStep the 50th Anniversary of the Delano Farmworkers' Strike
organized by FANHS Delano Chapter and The Welga Project
Links to articles, video and photos posted re: #BoldStep

July 22, 2008
Here are excerpts from Bobby Roy's communication with California's Department of Education. Many thanks to Bobby! bobby.g.roy@gmail.com